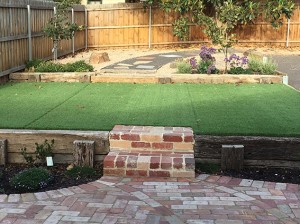 Introduction
The slow steady pace of Tai Chi provides an enjoyable exercise while calming the mind, reducing stress and developing an attitude and suppleness essential for training in the internal martial arts and improving wellbeing. The concept of Yin and Yang is fundamental to Tai Chi Chuan. Practicing at a slow and steady pace allows the practitioner to express the beauty of the form while providing a low-impact work out that strengthens the muscular, skeletal and internal organ systems.

Health Benefits
Tai Chi Chuan has been shown to improve general health indicators such as; blood pressure, balance, posture, energy, flexibility, muscle strength, aerobic capacity and bone density. According to an article in the Harvard Medical School Publication in 2009 “Tai Chi is often described as meditation in motion, but, it might well be called “medication in motion”. According to this article, there is growing evidence that this mind-body practice, which originated in China as a martial art, has value in treating and preventing many health problems.”

“A growing body of carefully conducted research is building a compelling case for Tai Chi as an adjunct to standard medical treatment for the prevention and rehabilitation of many conditions commonly associated with age”, says Peter M. Wayne, assistant professor of medicine at Harvard Medical School.”

Tai chi movements massage internal organs, releasing them from damaging constrictions brought about by stress, poor posture, and inappropriate working conditions. It aids improved breathing, helps the digestive system to work better and increases a sense of calmness and awareness and improved balance.
Tai chi combines the physical components needed to stay upright—leg strength, flexibility, range of motion, and reflexes—all of which tend to decline with age.

Tai Chi Chuan – What does it mean?
The literal meaning of Tai Chi Chuan is – Supreme Ultimate Fist. Tai Chi is a martial art.

What Tai Chi style am I learning?
Tai Chi Names like Yang, Wu and Cheng are given to various branches of Tai Chi, in honour of people who devised the sets of movements or forms. The system taught in these classes is Cheng Ming. The Tai Chi Chuan form taught in the Cheng Ming martial arts system is derived from the “Orthodox Style” developed in 1929, which is a complete sequence synthesized from the five major schools (family styles) of Tai Chi Chuan. One of the driving goals in developing the “Orthodox Style” was the preservation of the essence of Tai Chi Chuan.

Who can practice Tai Chi?
Tai Chi can be practiced by people of all ages and fitness levels. It doesn’t require any special equipment, and can be practiced almost anywhere including the home and office. Health conscious individuals including world class athletes use Tai Chi to train and strengthen their mind and body through a series of slow motion postures and movements.

How quickly will I learn?
A beginner can start to reap the benefits of Tai Chi from day one as they begin to learn the postures and movements, however refining the movements can be a life long journey.

What to wear?
Wear loose, comfortable clothing such as a track suit. You can wear runners or sneakers or have barefoot, based on your physical needs and personal preference.
The teacher – Geoff Jackson. Having studied martial arts since 1978, Geoff Jackson holds a fourth degree black belt in Karate and is an accredited Cheng Ming instructor for both Tai Chi and Hsing I. Art of Defence Australia (ADA) has specialised in teaching martial arts including Karate and Internal Kung Fu since 1993 and is the recognised Australian branch of Cheng Ming Internal Kung Fu. Geoff has been a student of ADA since 1998 and is an experienced instructor and workplace trainer.

Individual and group classes are available. For further information send an email to kayegriffin@mindmatterscounselling.com with the subject heading Tai Chi Enquiry